AFM correspondents were among foreign media that attended the Hellenic Air Force’s Iniohos 18 at Andravida air base – the largest NATO air exercise in Europe this year so far. The event took place over two weeks from March 12-23. 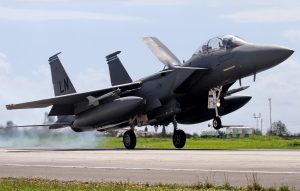 International versions of the Iniohos exercise have been held since 2015, but this was the largest to date in terms of participants, number of flying hours and missions logged. A total of 84 fighters from six air forces came together with airborne early warning, transport, tanker and rotary-wing aircraft – the latter including a rare AW139 of the Cypriot National Guard Air Command. 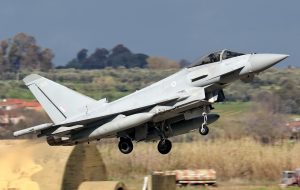 Each of the participating air forces exposed their air and ground crews to various threats. For the Royal Air Force, Russian military aircraft activity in the Eastern Mediterranean is a current focus, while in the past 12 months Greece, Cyprus and Israel have shared concern around Turkish military air activities in the eastern and southeastern Mediterranean.

Compared to the Iniohos 17 and 16, the number of participating increased by 33% and 41% respectively. The HAF involvement consisted of 45 fighters – 33 F-16C/Ds, seven F-4Es, five Mirage 2000s – from 11 squadrons. Another 39 fighters were provided by foreign participants, including four F-16Cs and six F-15Is from the Israeli Air Force. For the first time, the Cypriot National Guard Air Command took part in the exercise after an invitation was extended to its 460th SAR Squadron and special operations forces. These conducted simulated search and rescue and medical evacuation of downed fighter pilots between March 12-16. Babak Taghvaee 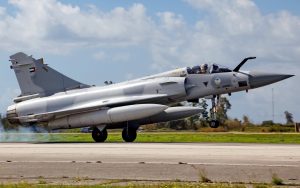 Read our full report on Exercise Iniohos 18 in the forthcoming May issue of AFM. 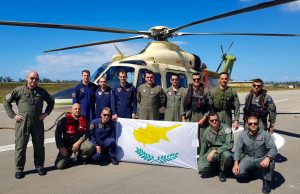