The Force Report for the April issue of AFM looks at Chilean Naval Aviation – one of the most powerful naval air arms in South America. Cees-Jan van der Ende and Cristobal Soto Pino visited the aviators of the Aviación Naval, who operate over one of the most extensive coastlines in the world, and brought back this video of their assignment:

Several projects are in place to keep the aviation arm of the Armada de Chile afloat, with upgrade and life extensions of the P-3 Orions and P-111 Bandeirulhas well under way and replacing the Bell 206s and Dauphins among upcoming new projects. For the latter, commander of the Aviación Naval, Rear Admiral Juan Carlos Pons Jara, told AFM that procurement of the Leonardo Helicopters AW139 was possible, but the project is still at an early stage.

It is rumoured that Pilatus has offered an upgrade package to bring the current fleet of seven PC-7 trainers to MkII standard, as currently operated by the Royal Netherlands Air Force.

Meanwhile, Chile’s ‘Copper Law’ continues to fund military procurement using 10% of the annual revenues from the state-owned CODELCO mining consortium. It ensures the Aviación Naval is supplied with sufficient funds to upgrade and renew its fleet, independent of government spending commitments, no matter which party is in power.

The April issue of AFM is now available on newsstands, from our online shop and as an app. 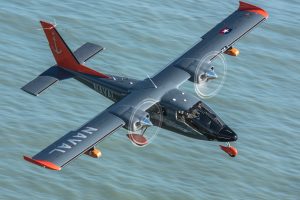 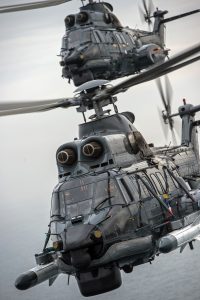 Equipped with powerful Turbomeca Makila 1A1 engines, the Exocet-toting SH-32 (AS532SC) Cougar has a 200nm operating range.  The Armada de Chile was the first naval force in the world to order and operate this potent version of the Super Puma. Cees-Jan van der Ende 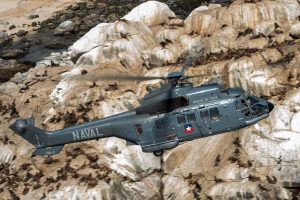 A pair of 1983-built AS332Ls was acquired from UK civilian operator CHC Helicopters in 2012.  After undergoing military modifications in Norway, they were formally accepted into service in May of that year as HH-32s. Cees-Jan van der Ende