The Dutch base is hosting an Air National Guard (ANG) F-15 Theater Security Package (TSP) for the fourth year in succession. This latest Eagle TSP will see the air superiority fighters take part in the Frisian Flag exercise. The detachment will remain deployed in Europe for around three and a half months and is also expected to visit other countries on the continent.

The initial F-15s will be joined by a second cell of six jets. The second group had been expected to arrive on the 15th too, but was cancelled. Callsigns for the first batch of arrivals were Trend 41-46, comprising four F-15Cs from the 123rd FS and two F-15Cs from the 131st FS. In arrival order: 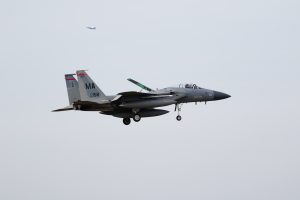 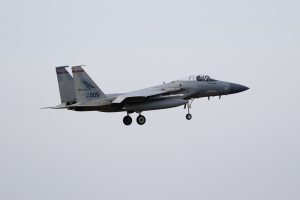